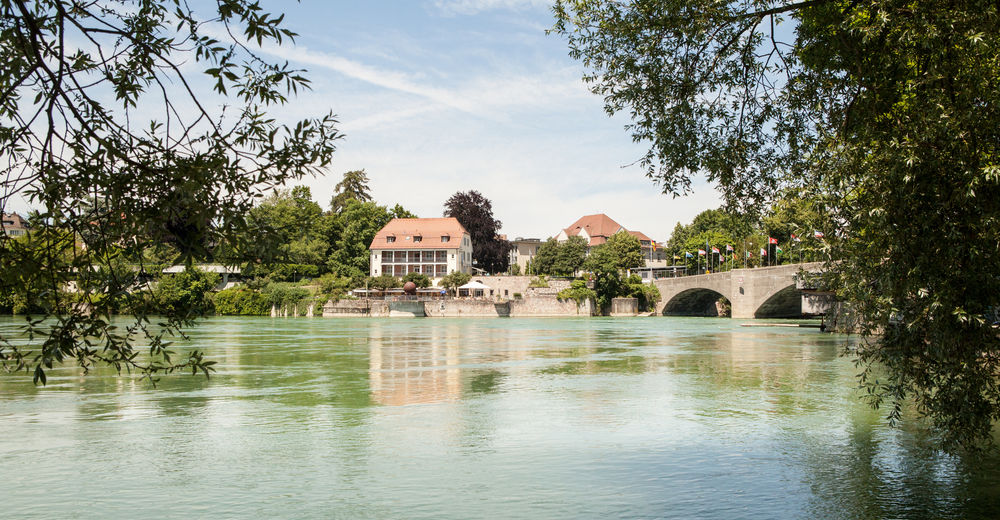 Rheinfelden (Baden) is on the Upper Rhine, in the sun-kissed south-west of Germany and located in the triangle between the borders of Germany, Switzerland and France. It has close historical and cultural ties with Switzerland: Rheinfelden Switzerland is on the other side of the Rhine and Basel is only 16 km down the Rhine. Come and see for yourself!

An active city centre with a pedestrian zone: over 100 shops, weekly markets, good restaurants and cafés, a city centre cinema, numerous events, and festivals.
The Rhine experience: 12 km of Rhine bank, Basel-Rheinfelden passenger ships, canoeing and rafting, a long round trip of both Rheinfelden cities on both banks of the Rhine, Beuggen moated castle, the Rheinfelden hydroelectric power station, many spots to relax in, and lookout points on the Rhine.
Dinkelberg local recreation area: hiking and cycling on well-signposted paths, great viewpoints, Tschamber Cave (show cave with underground waterfall), and restaurants with regional specialities.
Good transport connections: three Rheinfelden railway stations on the Basel-Singen Hochrhein line, A98 motorway connection, road and rail connection to Basel-Mulhouse and Zurich airports.
A great climate: lots of sunny days!

Our sun-drenched landscape stretches from the Upper Rhine Valley (230 m above sea level) up to the Dinkelberg (400-500 m above sea level), offers the best local recreation on our doorstep, and is part of the Southern Black Forest Natural Park. Well-signposted cycling and hiking trails run through the open hilly countryside dotted with farms, the extensive wooded areas, and the varied Rhine valley. They lead to beautiful viewpoints and rest areas, to features of special cultural and historic interest, and charming villages as well as natural and geological treasures. You can stroll around the city centre, with its pedestrian zone and numerous street cafés, and do some shopping. A detour across the old Rhine bridge to the old town of Rheinfelden Switzerland is worth your while.

Modern and historic at the same time

The inner city on the banks of the Rhine was not built until 1895, when it sprung up in connection with the construction of the first European hydroelectric power station and the industrial settlement that was happening at the same time. This development was so rapid that the young industrial settlement was given the name Rheinfelden (Baden) and its town charter as early as 1922. The actual mother parish, the historic village of Nollingen, became a district.
In the 1970s, the administrative reform added seven more, formerly independent, villages whose history dates back to the early Middle Ages. Rheinfelden (Baden) is today a large district town with over 32,000 inhabitants. The city maintains a close relationship with Rheinfelden Switzerland, whose old town is always worth a visit. Town twinning with Fécamp (F), Neumarkt (I), Barry/Wales (GB), and Mouscron (B) has been actively practiced for many decades. Rheinfelden connects you.

The culture on offer in Rheinfelden is diverse: art and history exhibitions, museums with different focal points, numerous cultural events - from cabaret and comedy to concerts - and outdoor highlights such as the bridge sensations, the Trottoir festival, and the large cross-border New Year's Eve celebration on the old Rhine bridge.
Numerous restaurants and eateries invite you to have a relaxing time.

The Upper Rhine near Rheinfelden (Baden) is fascinating. Its banks are scattered with residential areas, nature and technical developments. The Rhine invites you to take a relaxing walk along its banks or a leisurely canoe trip on its waters. The colours and waves create a new image every day. When it floods, its power comes to bear, and it shares its energy via the hydroelectric power station. Regular public guided tours of the power plant and a visit to the 1898 Power Plant Pavilion give visitors an insight into innovative energy generation on the Upper Rhine.

Whether you're deep inside a cave, high up on a tower, immersing yourself in history, breathing in the fragrant air - Rheinfelden (Baden) offers a great wealth of natural and cultural experiences.
A special highlight is the Tschamber Cave, a show cave with an underground waterfall. It can be easily reached via the Rhine bank path, past the historic castle of Beuggen.
The lookout tower on the Hohe Flum is the landmark of Dinkelberg, visible from afar. It stands above the Rheinfelden district of Nordschwaben on the boundary with the neighbouring community of Schopfheim-Wiechs. Its view extends as far as the Swiss mountains, the Black Forest, and the French Vosges mountains, with its varied views typical of the Dinkelberg. 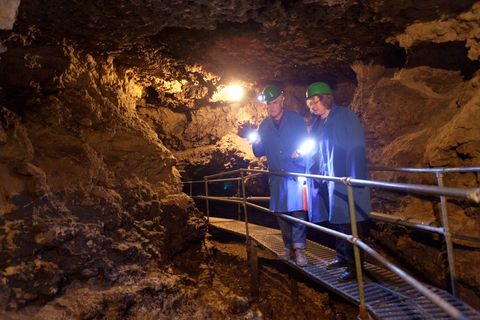 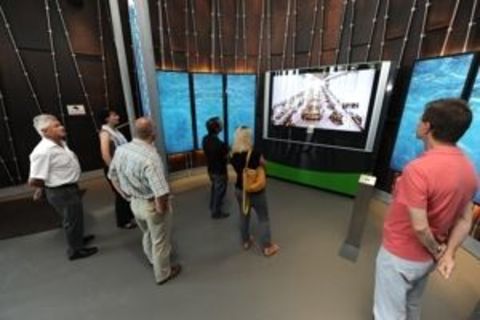 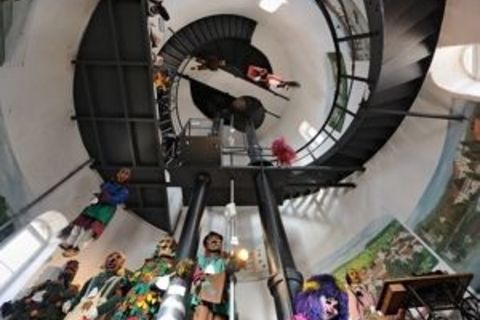